If you’ve always dreamed of getting your letter for Hogwarts, New York is the real place to be this summer! Harry Potter New York, the brand-new Harry Potter flagship store that opened in June in NYC, is now offering two, very different virtual reality experiences that immerse you into the Wizarding World.

We happened to be in the NYC area when the new Harry Potter VR experiences opened up at Harry Potter New York and were able to snag tickets for Wizards Take Flight!

Our flight time was for the last half hour the store was open, so we headed over right after dinner. We wanted plenty of time to shop and experience the Harry Potter store before our VR time.

One perk of getting VR tickets is that you are guaranteed entrance to the store itself. Without a VR reservation, you have to scan a QR code at the store’s entrance to get a return time to come back later. This can be several hours later and there is no guarantee that you’ll be able to get in, especially if you scan the code later in the day. Even if you do get called back, you’ll have to make the trek to the store twice that day — once to scan and once to enter.

Click here to read all about the Harry Potter New York store!

There are two different VR experiences at the Harry Potter store — Wizards Take Flight and Chaos at Hogwarts. In Wizards Take Flight, you fly on a broomstick around Hogwarts and London and fight Death Eaters. You wear a VR headset, hand sensors, and are seated the whole time. In Chaos at Hogwarts, you battle a variety of creatures, while wearing a VR headset, hand and foot sensors, and a light backpack. And in both experiences, you use a physical wand to cast your spells.

Wizards Take Flight is a good starter experience — you don’t have to worry about walking around, and there is just one spell to cast. Chaos at Hogwarts is great for those who want to “level up”. We hope to revisit soon to give that one a try!

Head here for a great review of Chaos at Hogwarts!

We entered the store about an hour before our check-in time. That was enough time to explore both levels, make a few purchases, and enjoy a drink at the Butterbeer Bar. I felt a little rushed because I wanted to see everything and not miss our check-in time, but 90 minutes would have been perfect. As it was, the VR sessions were running behind, so we ended up with almost two hours to spend in the store.

But finally, it was VR time! We gathered on the lower level at the Wizards Take Flight check-in area and were soon ushered into the “gear up” room, set up to look like a Quidditch team changing room.

Gearing up for Wizards Take Flight

We put our belongings into a locker, donned hand sensors, and set up our avatars — all we had to do was tell the VR host our Hogwarts house and choose a look from four choices. Then, we got a quick tutorial on how to cast a spell. Upon our test where we shouted “alohomora”, the door to the VR experience room opened!

The VR room for Wizards Take Flight has six broomstick stations, set up in a circle. Each has a VR headset hanging to the left and a wand stored below the broomstick handle. The hosts showed us how to move our broomstick up and down and side to side. We hopped on, put on our headsets, and we were off!

What happens in Wizards Take Flight?

Once in the virtual Wizarding World, we practiced flying around the Hogwarts grounds. I explored the Quidditch field, flew past the covered bridge, and skirted around the Whomping Willow. Then, *poof*, Dobby suddenly appeared on the end of my broomstick!

He told us Hagrid needed our help because Death Eaters were attacking London! My companions and I flew behind Hagrid in his motorbike, over iconic London sites, as we used our wands to stupefy the Death Eaters. We felt real wind on our faces and even some chilly rain falling on us (quite refreshing on the hot summer day)

A word of advice: don’t be shy — go ahead and yell, “Stupefy”, as you aim your spells. It’ll be more fun, especially if everyone else joins in!

After stupefying the Death Eaters, we found ourselves back at Hogwarts, flying into the broom shed. The experience lasts about ten minutes from the time you put on the headset until you dismount from your broom, and it’s fun and awe-inspiring from start to finish.

What did we think about Wizards Take Flight?

We loved it! My only gripe was that it ended so soon. I really liked the combination of having some free exploration time followed by a specific, exciting task, and I would have loved a few extra scenes with different things to do.

Carter, my 12-year-old son who accompanied me, had this to say:

“It really feels that you are flying on a broom, and the wind and water effects make it so much more immersive. The way the spells work is easy to learn, and it’s really cool when you hit a Death Eater. It was extremely exhilarating to be flying around.”

Got questions about the Harry Potter VR experiences? We’ve got answers!

Harry Potter New York offers a lot of information on the VR experiences on their FAQ page, but here are some Q&As we can answer right here:

Where can I get tickets for the Harry Potter VR experiences? Right here!

How much do tickets cost for Harry Potter VR? $34 per person, per experience.

How old do you have to be to experience Harry Potter VR? You must be at least 10 years old and 48 inches tall. Kids ages 10-12 must be accompanied by an adult.

How many people can be in a VR group? There are six available spots in each experience, and you will be placed with others if you have fewer than six people in your group.

How long does the VR experience last? About 30 minutes, including time to gear up and gear down. The actual VR experience lasts about 10-15 minutes. You are asked to check-in 30 minutes ahead of your scheduled time, so plan for at least one full hour for VR, plus an additional 60-90 minutes to enjoy the store!

Which Harry Potter VR experience should I book? Both if you can! Book Wizards Take Flight if you want a beginner-level, seated experience; Chaos at Hogwarts if you’re up for more of a physical challenge!

Pin it if you love it! 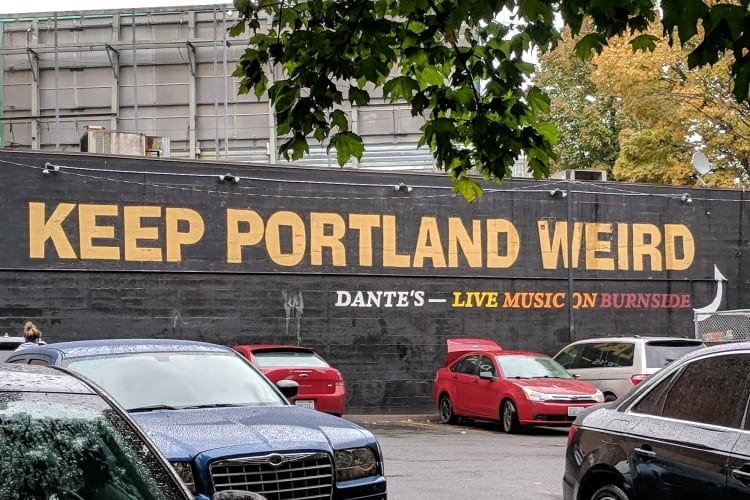 How to spend 24 hours in Portland with kids! These are hot spots to hit and things to do if you only have one day to explore Portland. Keep it weird! 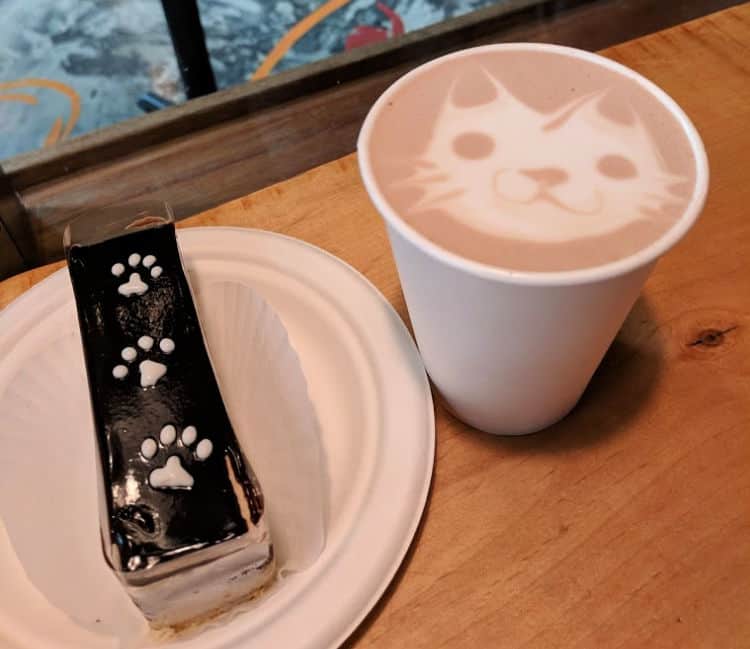 If you love cats and are in the Seattle area, plan to spend an hour at the Meowtropolitan Cat Cafe! Enjoy a beverage and play with the kitties! 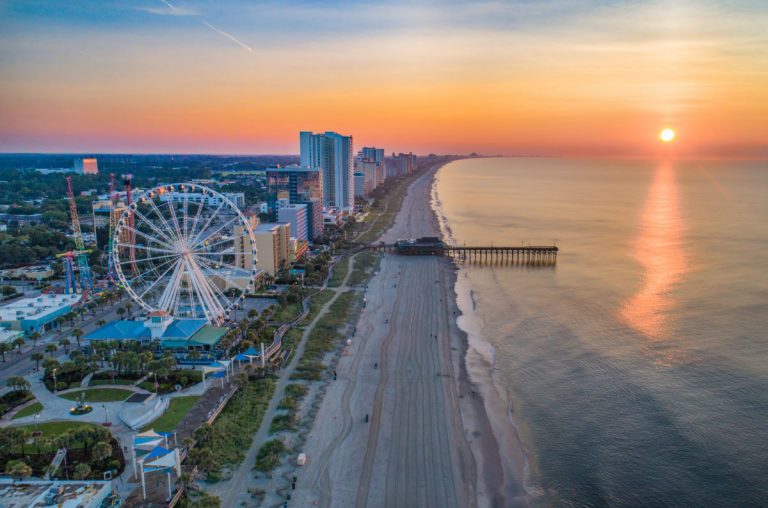 Myrtle Beach isn’t just a summer destination. Here’s an exhaustive list of activities along the Grand Strand to keep you busy all winter long! 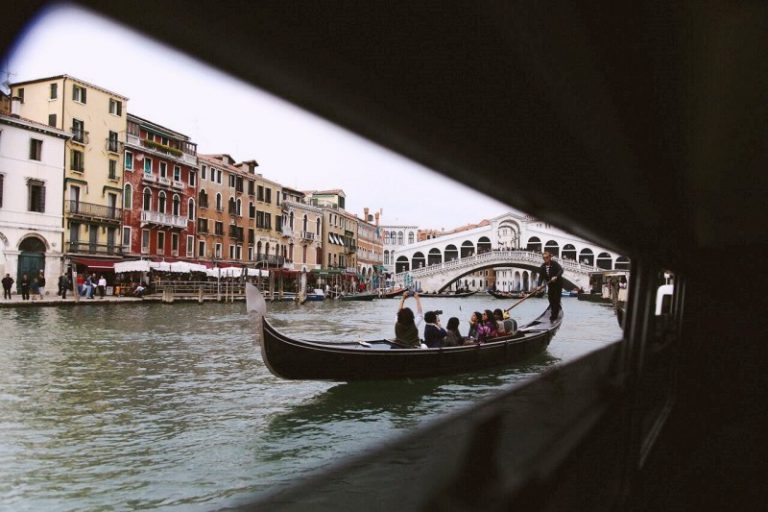 Italy is a safe and fun country to visit with kids! It’s rich with cultural heritage, delicious cuisine, and adventurous activities. 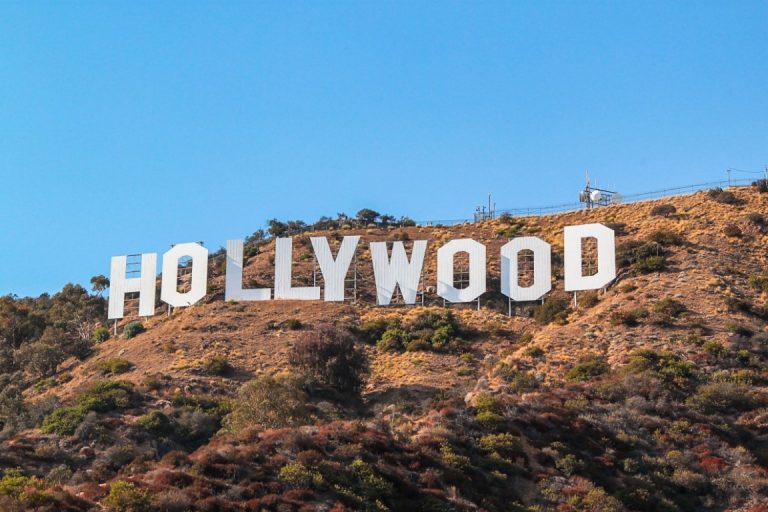 The Hollywood sign is one of the USA’s most famous landmarks. Here is the easiest, best way to see those famous letters and snap a great pic! 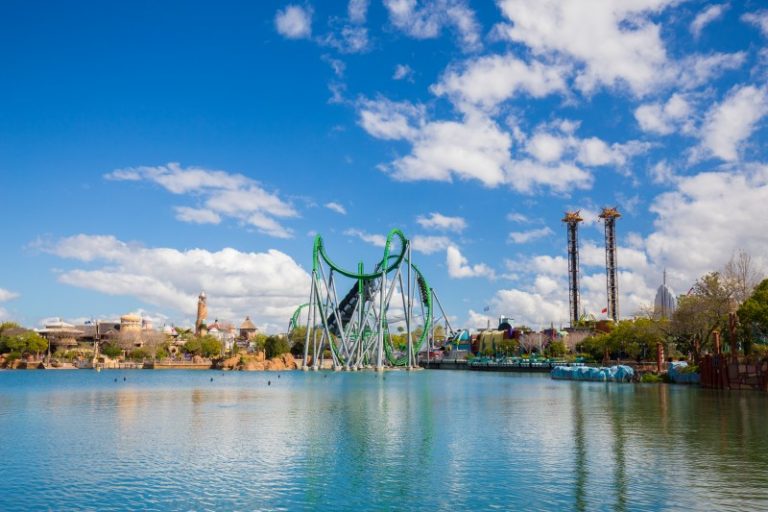 Hi, I'm Megan!
Our family has been traveling full-time since September 2018. I'm so glad you're here and I'm excited to teach you how to take life on the road!
Start here! 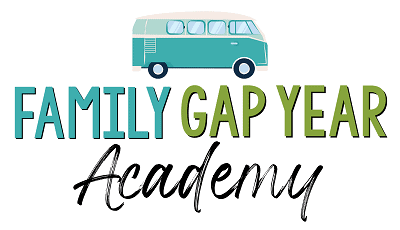 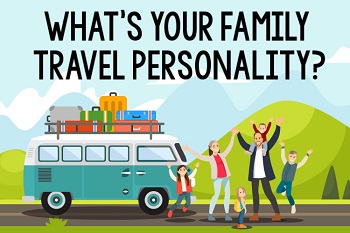 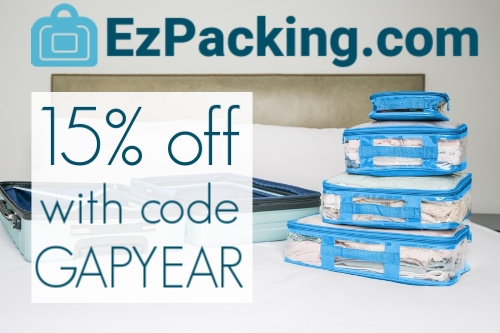